When your water heater goes on the blink, you don’t want a plumber whose job it is to sell you a new water heater. You want a technician with the expertise to correctly diagnose the problem so you can decide whether to repair or replace it.

One day, Jared went down to his basement and was alarmed to find a small but quickly spreading flood. His old water heater was leaking profusely out of the relief valve. He immediately called Scientific Air Conditioning. We advised him to shut off both the water valve and the gas valve, which was critical because the burner was still firing! It experienced a rare but dangerous malfunction called “runaway firing”.

In addition to replacing his old water heater, we took steps to ensure that this situation would never happen again. Look at the pictures (below). If the water heater or its relief valve ever leaks, the water would be contained by the metal pan. Then, the WAGS Valve will sense the water in the pan and automatically shut off the water and the gas. Now Jared and his family have peace of mind regarding their water heater. 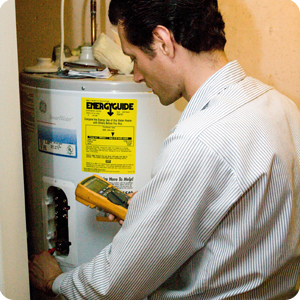 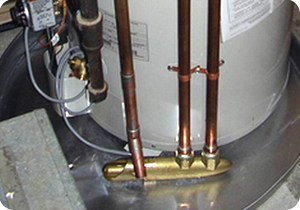 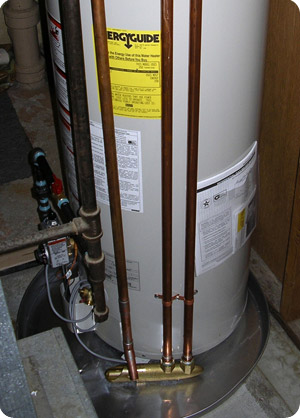 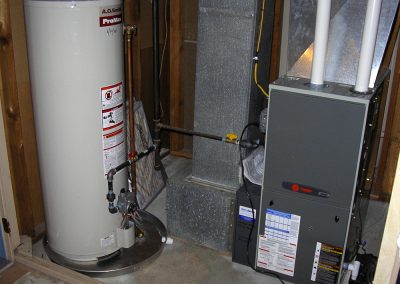 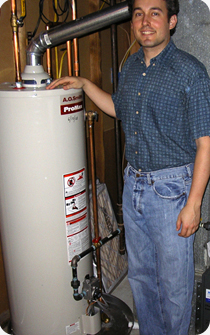 Jared, shown next to his newly installed water heater, with WAGS valve to keep things worry-free.

"We've called Scientific A/C twice, once because we had no hot water and once because our A/C stopped working. Both times Joseph came the same day and fixed the problem. He also installed a different type of filter. Now the house is less dusty and the filter is easier for us to change. Thank you."
—Tim & Lori in Lewisberry

"Since converting from oil heat to a heat pump we're spending less on heating costs."
—Bob in Camp Hill

"Another company installed a new heat pump and then came out 3 times because our electric bills were $500 a month. They told us that's normal. I called Scientific A/C and Joe quickly diagnosed the problem as a wiring mistake and fixed it. Now it works as it should."
—Harold & Margie in Manheim

Thank you for your interest in our quality HVAC services. Whether you need troubleshooting, repair, replacement, or just advice, call the experts at Scientific Air Conditioning today. See how we are keeping homes comfortable and healthy in Harrisburg and surrounding areas.

Or fill out the following form and we'll call you!